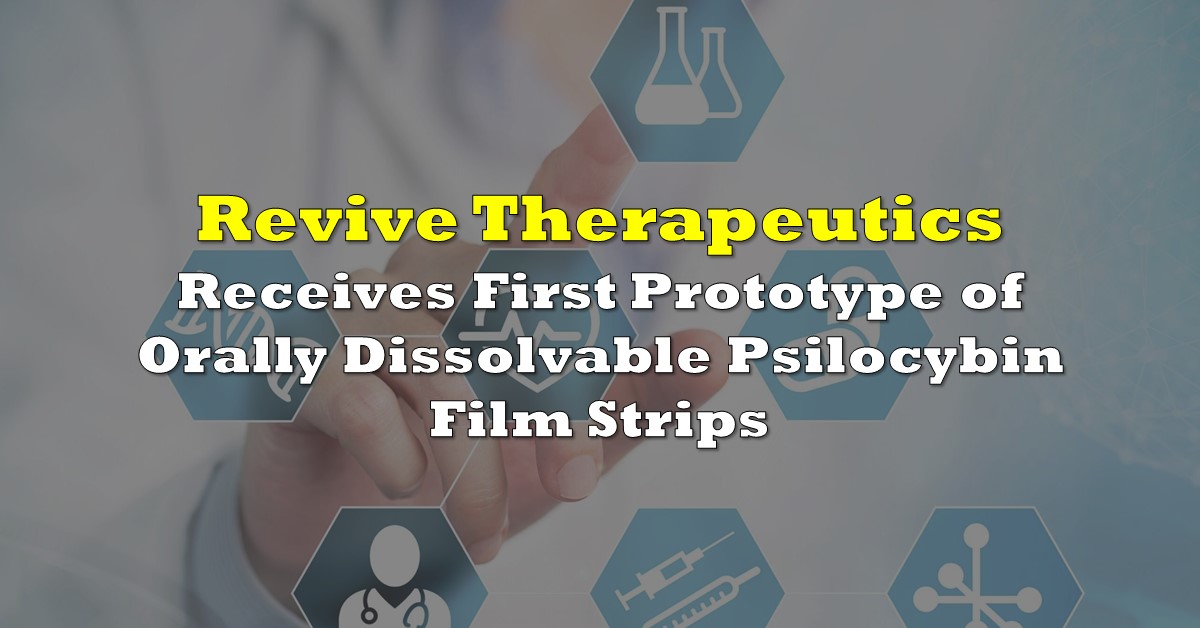 Revive Therapeutics (CSE: RVV) this morning announced that it has received the first set of orally dissolvable thin film strips, which will be utilized to deliver psilocybin and additional psychedelic-derived medicine to a patient. The film strips were received in connection with its sponsored research partnership agreement that Revive currently has in place with the Reed Research Group of the University of Wisconsin-Madison, which aims to evaluate novel formulations of psilocybin.

The announcement marks a technical milestone for Revive, whom will be using the tech for future human clinical studies of psilocybin. This is the first time that the firm has applied the drug delivery tech to oral thin films, with such a delivery method demonstrating “great promise in deliverying psychedelic-based medicines.”

Through its research, Revive and its team has identified a composite of orally-dissolvable thin films as its lead candidate for a unique delivery platform of therapeutic doses of psilocybin. The team is currently conducting further research and testing to determine appropriate doses of psilocybin, from 1m to 20mg, along with testing the characteristics of the films, dissolution and disintegration testing, and finally the rate of release of the psilocybin from the composites.

Drug delivery via these dissolvable thin film strips is said to contain a number of advantages over other delivery methods, which include the rapid dissolving nature of the film strips, as well as the rapid onset of action to the bloodstream and the ease and convenience of administering medication this way. It also offers flexibility to create accurate dosing and tasteful options for drug delivery.

The dissolvable thin films however is just one means of delivery that Revive intends to address. It’s unique drug delivery technology currently aims to delivery synthetic and natural psilocybin through a variety of methods, which also include topical gels, creams or ointments, transdermal patches, oral dosages and foams in additional to the dissolvable thin films. The tech boasts a rapid onset of action, and may allow for combining multiple extracts of mushrooms in one formulation.

Revive Therapeutics last traded at $0.39 on the CSE.