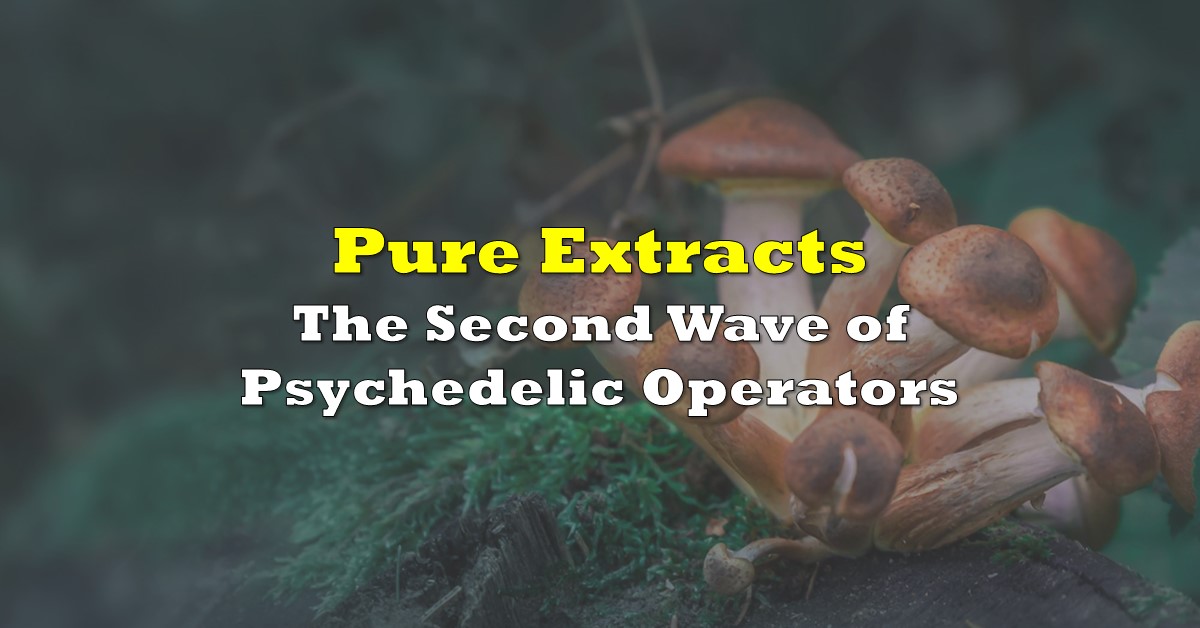 Some years ago when the first wave of cannabis firms went public, operators were focused on building a narrative behind one common theme: capacity. Specifically, investment bankers and business executives were focused on touting the square footage of their facility, which in layman terms, could be converted into revenue. If an operator has X square feet, it translates into Y plants, and conversely, Z revenue.

Despite touting their own company as the best potential operator in the space, collectively, these investment bankers and executives would collaborate on one topic: the size of the market as a whole, which every year was grown by a few hundred million to entice further investment dollars.

The trouble however, was that these operators were focused on top line revenue potential, and not whether they could actually turn a profit.

Fast forward to the end of the boom and bust cycle, and numerous of these operators are now being sold off for pennies on the dollar, and seemingly have learnt nothing. Few cultivators show promise of generating profits at any point in the future, despite having years to develop proper processes and achieve profitability.

The second wave of operators, referred to commonly as extractors, are in a different category altogether however. Having seen the vast failures exhibited by the first round of contestants, these operators typically focused on a different financial metric: profitability. Having realized the need for certain services within the sector, namely the extraction of cannabinoids for the purpose of oils and cannabis 2.0 products, these operators set out to provide a service that was in high demand within the space and while being able to turn a profit at the same time.

Looking to the burgeoning psychedelics space, and things altogether have not changed much. While the first wave of operators have focused largely on a biotech angle, full of high clinical study costs and potential target markets for proposed cures to ailments, the already oncoming second wave is looking to tackle the space from a different angle.

Presently, that second wave only consists of Pure Extracts (Private), a gray market operator that has entered the legal side of operations. Well known for its years of producing premium quality, full spectrum oil (FSO) Pure Pulls vape pens within the gray market, the operator is now in the process of finalizing its licensing to process cannabis and hemp biomass. Given the strong experience behind it, the Company has already signed two tolling agreements for a total of 120,000 kgs/annum of hemp and cannabis despite not quite having its license yet, although it is believed to be imminent. Despite being significantly impressive, this isn’t even the most interesting part of Pure Extracts’ story.

That is reserved for the Company’s step into the psychedelics space. Rather than focus on biotech themselves, the Company has come to the realization that all these studies will require one key ingredient – psilocybin extract. As a result, Pure Extracts is submitting its Dealer’s License application to Health Canada to enable the Company to extract this ingredient for operators in the space that need it to conduct clinical studies. Psilocybin extract, given its relative scarcity, is currently a high value item, and currently fetches upwards of $10,000 per gram.

Outside of research purposes, there is also currently a large demand for functional mushroom extracts – think already legal markets for non-psychoactive variants. Here, the functional mushroom market is one of the fastest growing CPG segments. With research showing mushrooms containing properties such as immune boosting, detoxification, anti-tumor, and anti-viral and more the race is currently on for extractors to step into the growing segment. Many extraction competitors are unready for the new psychedelic and functional mushroom markets, whereas Pure Extracts is already moving with precision to tackle the segment head-on. The segment offers massive opportunity for those who elect to grab a first mover advantage.

In this regard, Pure Extracts has laid out a simple business development strategy. They’ve positioned themselves in a manner that enables them to become the premier commercialization and manufacturing partner for both functional and psychedelic firms within the space. While initial products under this operating segment will be focused on functional products, the Company is submitting an application for its Dealer’s License as previously mentioned, which will enable them to buy, sell, test and product psychedelics within an EU GMP environment.

Here, Canada’s ability to export such products around the world, combined with Pure Extracts’ Good Production Practice (GPP) facility will enable the Company to be a prime partner for both functional and psychedelic mushroom firms. Furthermore, the Company has already set the strategy in motion, having signed several NDA’s with functional product firms to explore joint development strategies. These product lines are currently targeting a third quarter 2020 launch.

While new operators seemingly appear each week within the biotech-based psychedelic space, Pure Extracts offers a compelling type of exposure to the niche market that has yet to be addressed. The need for such extracts is apparent given the growth in the sector, however the lack of competition gives Pure Extracts an early edge in what is set to be a high demand segment.

Pure Extracts is set to IPO in the coming months.

FULL DISCLOSURE: Pure Extracts is a client of Canacom Group, the parent company of The Deep Dive. The author has been compensated to cover Pure Extracts on The Deep Dive, with The Deep Dive having full editorial control. Not a recommendation to buy or sell. Always do additional research and consult a professional before purchasing a security.

The post Pure Extracts: The Second Wave of Psychedelic Operators appeared first on the deep dive.