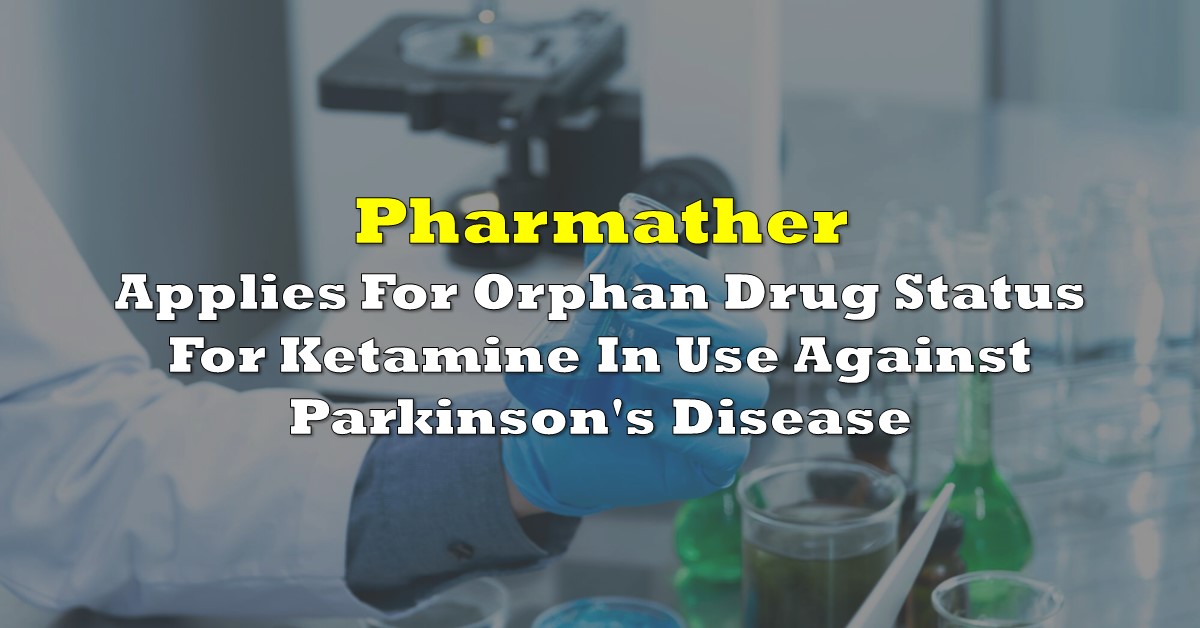 Pharmather Inc (CSE: PHRM) has filed for orphan drug designation with the US Food and Drug Administration for the use of ketamine in the treatment of levodopa-induced dyskinesia associated with Parkinson’s Disease. The filing was announced this morning by the firm.

The filing, if approved, would grant the company special status, enabling the accelerated development of ketamine to treat levodopa-induced dyskinesia associated with Parkinson’s (LID-PD). The orphan drug designation enables certain benefits and incentives to be available to the filer, which notably includes potential tax credits, eligibility for orphan drug grants, seven years of marketing exclusivity, and finally the waiver of certain admin fees.

The global Parkinson’s market, as per Pharmather, is expected to grow to US$7.5 billion by the end of 2025. It’s estimated that as a result, the target market for LID-PD within the US will be over roughly $3 billion as a result. Overall this represents significant growth for the market, given that it was $5 billion in size in 2019.

“The FDA ODD application leverages established clinical research and intellectual property that we have exclusively secured for ketamine in LID-PD and it complements our strategy in pursuing an FDA investigational new drug application to conduct a Phase 2 clinical study in LID-PD later this year.”

Notably, Ketamine is an FDA approved drug and is viewed as having a known safety profile as a result. Prior clinical reports conducted on the drug have provided the suggestion that in low doses, an infusion of ketamine is well tolerated by the body and can be used to improve pain and depression. Both of these clinical conditions are often comorbidities of Parkinson’s disease.

Pharmather Inc last traded at $0.20 on the CSE.

The post Pharmather Applies For Orphan Drug Status For Ketamine In Use Against Parkinson’s Disease appeared first on the deep dive.