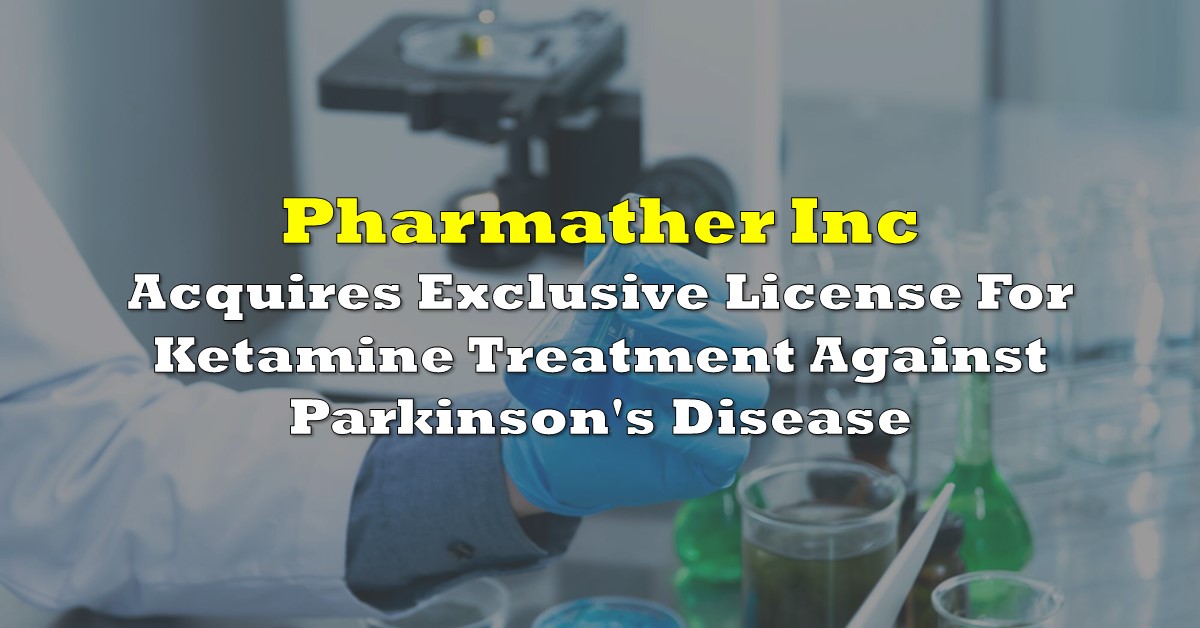 Pharmather Inc (CSE: PHRM) this morning announced that it has entered into an exclusive licensing agreement for the development and commercialization of ketamine in the treatment of Parkinson’s disease. The agreement has been entered into with the University of Arizona for the use of the technology that was developed at the school’s College of Medicine.

As a result of the arrangement, Pharmather currently intends to submit an application to the FDA to begin conducting phase two trials on the use of the drug later this year. The company is currently planning to qualify for the phase two trials under an investigational new drug, also known as an IND, application.

It should be noted that ketamine is an FDA-approved drug, that currently has a known safety profile. Previously conducted clinical reports have shown that low doses of ketamine may be well tolerated by the body, while working to improve pain and depression in patients.

Two professors at the University of Arizona’s College of Medicine are currently looking to patent results from preclinical trials and case studies that were conducted on the use of ketamine for those with Parkinson’s disease, which has shown there may be long term therapeutic benefit in the use of ketamine against the disease.

Parkinson’s disease currently impacts approximately one million people in the United States, and seven million people globally. No cure presently exists for the disease, although there are several treatments available for the symptoms of the disease. It is known for its ability to interfere with motor function and pain, which up to 50% of patients with the disease will acquire after 4-5 years, and 80% after 10-12 years.