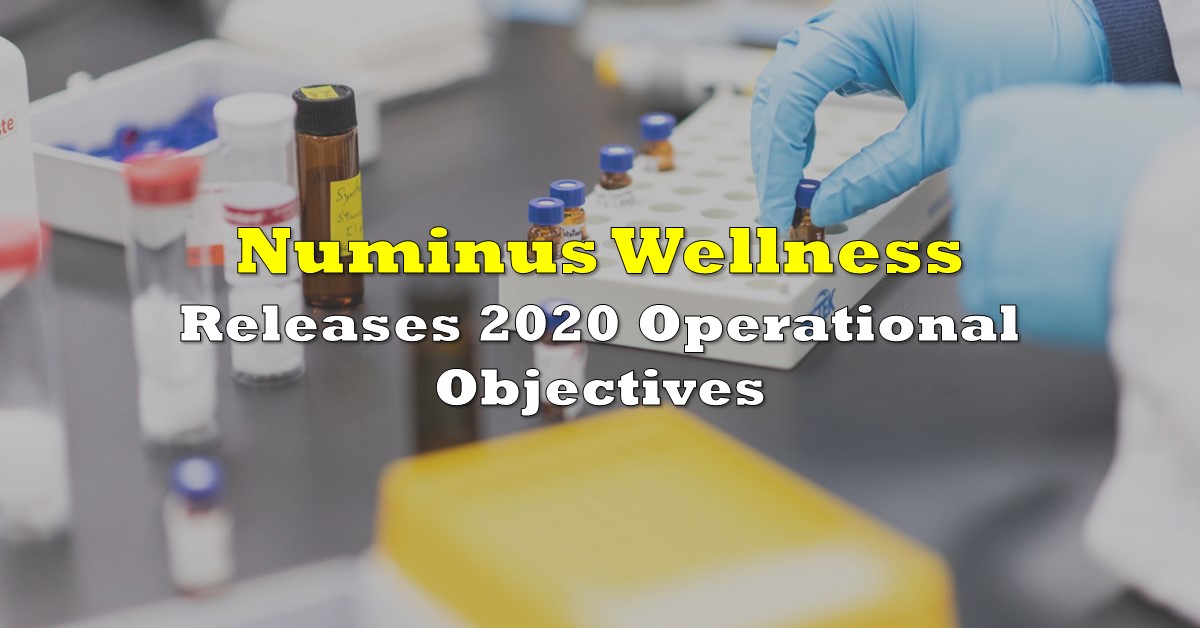 Numinus Wellness (TSXV: NUMI) released its near term 2020 objectives this morning related to its operational development. Described as addressing its “universal desire to heal,” the company identified several different objectives that it wishes to meet in the near term, chief among which is upgrading its lab and processing facilities.

Little new information was contained within the release that wasn’t included in the firms listing statement. Numinus identified that it is looking to upgrade its lab and processing facilities, which as we addressed previously, the company had already earmarked a total of $1.7 million from its go-public transaction for this purpose.

The company also identified that it is seeking additional licenses related to psychedelic substances and cannabis products, which again, the company had already marked $250,000 for. What is new however, is it appears the company has moved up its plans for a second clinic, as well as psychedelic therapy protocol development.

Slightly more details were provided on where the efforts are to be allocated by the company specifically, which includes:

Numinus Wellness last traded at $0.86 on the TSX Venture.

Information for this briefing was found via Sedar and Numinus Wellness. The author has no securities or affiliations related to this organization. Not a recommendation to buy or sell. Always do additional research and consult a professional before purchasing a security. The author holds no licenses.