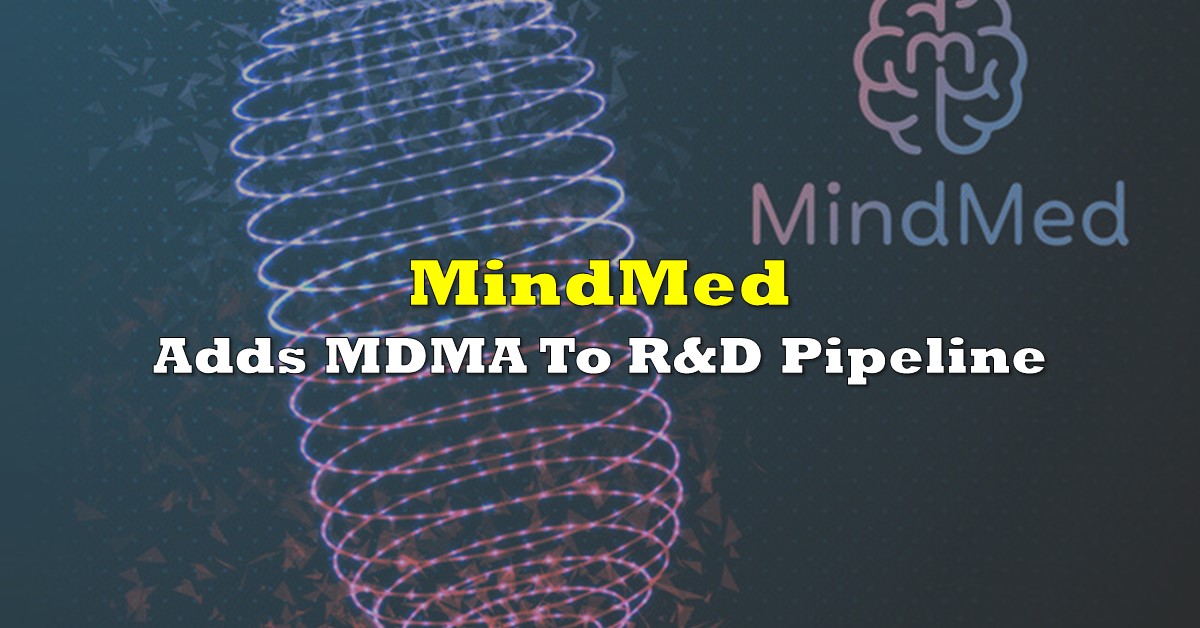 Mind Medicine, also known as MindMed (NEO: MMED) this morning announced that it is branching out its research and development pipeline to include that of the psychedelic compound MDMA as it looks to further psychedelic research.

The development is a result of its arrangement with that of the University Hospital Basel’s Liechti Lab. Through this arrangement, MindMed will gain access to a portfolio of clinical trials and studies gathered by the lab over a ten year period on that of MDMA.

The Liechti Lab, lead by Dr Matthias Liechti and based in Switzerland, has compiled data on the pharmacokinetics, pharmacogenetics and safety of MDMA. The lab has also conducted multiple clinical trials on the safety of the substance and how it interact with the human body.

Through their arrangement, MindMed has committed to fund future research and development of new psychedelic therapies being researched by the Liechti Lab. The intention of which is to create medicines that incorporate MDMA in combination with LSD to optimize the drugs effects. The ultimate goal of which is to design and proceed with clinical trials of the substance.