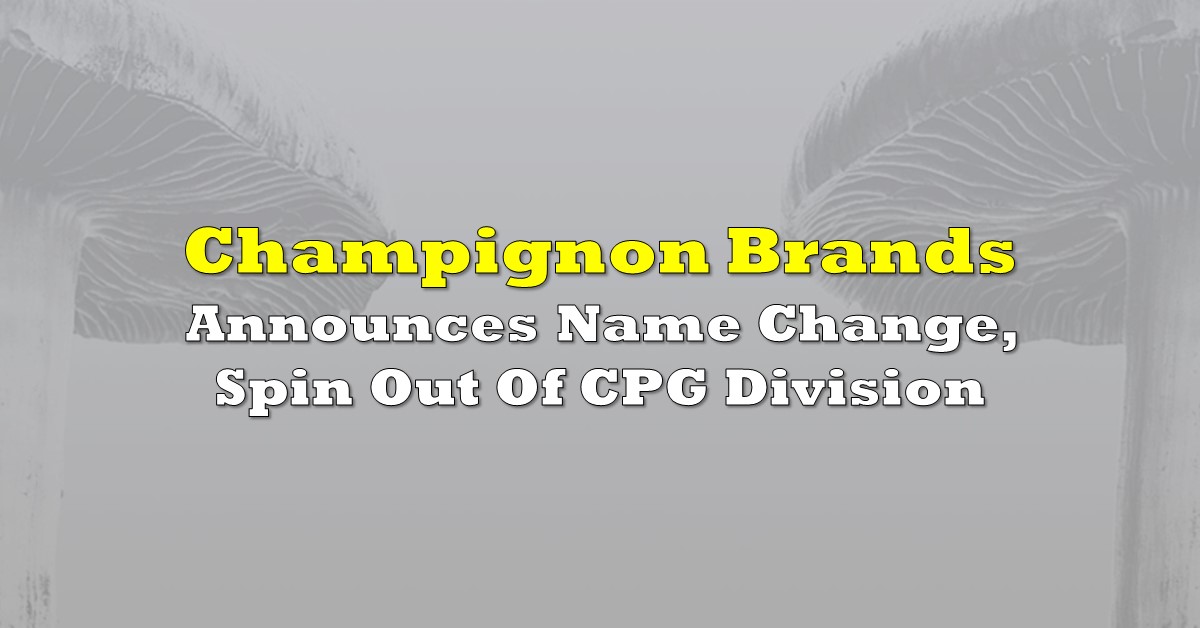 Champignon Brands (CSE: SHRM) announced after the bell last night that it intends to change its name, as well as spin out its consumer packaged goods (CPG) division to drive further value for shareholders. Under the proposal, the company will change its name to that of Apotheosis Scientific Ltd.

The justification for Champignon changing its name is that it wishes to have a name that better reflects their business activities. Apotheosis refers to “the highest point in the development of something, culmination or climax.” The term is also used in Greek mythology, referring to “elevation to the status of a god.” Given Champignon’s heavy focus on the scientific aspect of the psychedelics market, the new name is a stronger fit for the firms operations.

In terms of a spin out, Champignon is looking to spin out its CPG division, consisting of its functional mushroom-infused products. The intent is to “liberate the value” of the division, by spinning it out under a plan of arrangement to a separate publicly listed issuer.

Champignon Brands last traded at $1.11 on the CSE.