Champignon Appoints Dr Bill Wilkerson To Board Of Directors 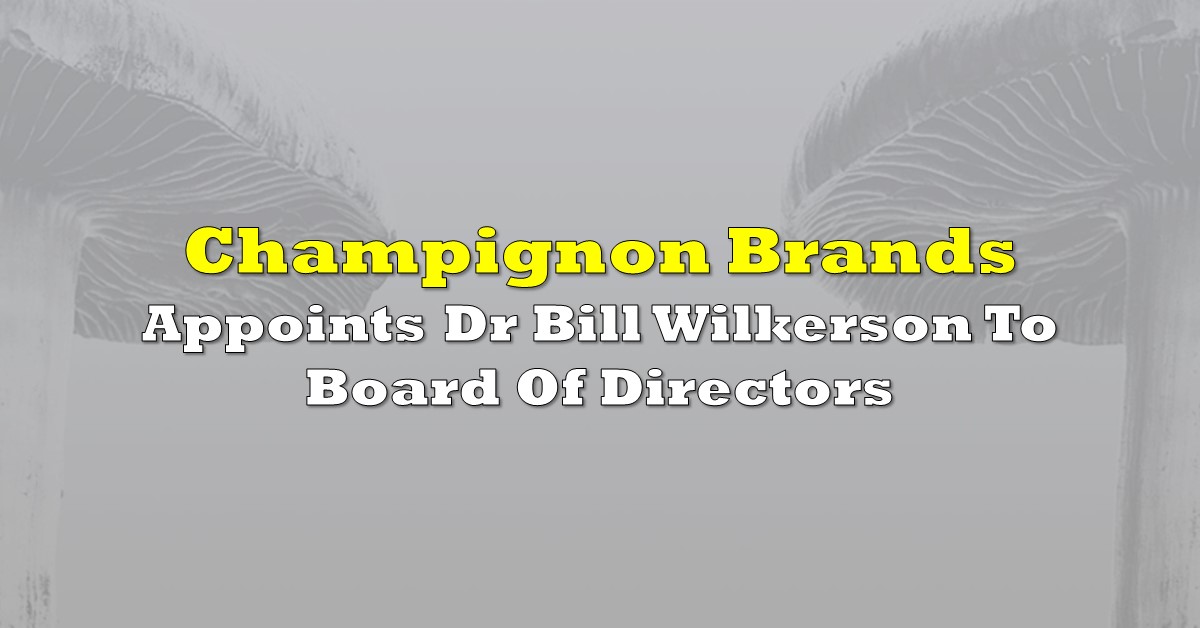 Champignon Brands (CSE: SHRM) this morning continued its ongoing process of strengthening its board of directors with accomplished executives and thought leaders in the medical space with the appointment of Dr Bill Wilkerson, LL.D (Hon).

Dr Wilkerson is a highly accomplished executive in the areas of business, government, broadcasting, arts, and corporate crisis management. He has been an 8-time award-winner in workplace mental health, following an international initiative conducted from 1998 to 2012 to enforce the significance of mental health among major employers.

In terms of previous employment, Dr Wilkerson was previously President of Liberty Health, one of Canada’s largest benefits providers, and held executive roles at RBC, CBC, and the Toronto Symphony Orchestra. As an adviser for mental health, his career has been just as impressive, having worked with the NHL, the CFL, the Hockey Hall of Fame, Toronto Blue Jays, TSN, CTV, and more.

In conjunction with the appointment of Dr Bill Wilkerson, Joe Perino has resigned from Champignon’s board of directors.

Champignon Brands last traded at $1.63 on the CSE.

The post Champignon Appoints Dr Bill Wilkerson To Board Of Directors appeared first on the deep dive.